Share Share on FacebookShare on TwitterShare on Google+ Did you know that we have been altering ourselves and our eating habits in according to the fast moving and... 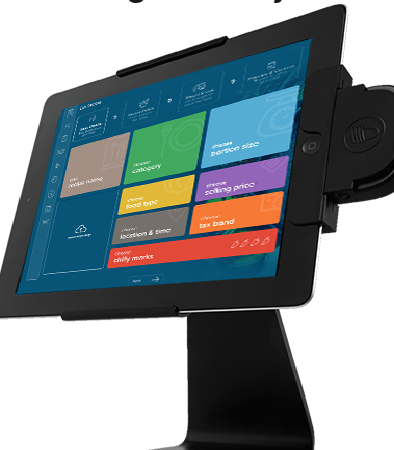 Did you know that we have been altering ourselves and our eating habits in according to the fast moving and hectic life? In the great chase of success, fame, reputation and comfort, we have shaped our eating habits and lifestyle according to our busy day schedules. A substantial amount of alterations have been made that, of course, have had its consequences on us, our health and overall on our society. There were times when Lunch used to be the main meal with heavy nutrient and food contents. But today, people just have a small quick meal like a roll, or wrap, and want to get back to work.

Irish eating habits have changed dramatically in the past 20 years or so. In those days many people had their main meal in the middle of the day, perhaps mirroring the farmers working in the fields in the countryside. This was ‘dinner time’, and shared by everybody in the family. In the evening, typically at 6pm, ‘tea’ was taken, which might consist of bread and jam, perhaps some scrambled egg and, of course, a nice cup of tea or ten! But things have incredibly changed in modern day meal schedules. These days most Dubliners have a light breakfast (or sometimes none at all), have a light lunch in the middle of the day (perhaps a filled roll, pastry or a bowl of soup in the winter), and have something more substantial when they return home from work. In the past the evening meal involved every family member sitting around a table – nowadays the vast majority of families eat separately and usually where there is a television to be seen. The midday meal traditionally involved potatoes (particularly outside Dublin), but these days Irish people also eat pasta and rice.

Well, this is not the end of the ‘changes made’ list. Take-away meals have become increasingly popular as a substitute for home-cooked meals. The ‘Chinese’ has for many years been a firm favourite, almost as popular as the fish and chips. In recent years Asian take-away have become popular (Indian particularly), and the scope has widened with the influx of immigrants in recent years.

These changes have increased the risks of being obese. A sudden shift in the consumption of food components from the food pyramid shows, that there are likely to have high levels of cases related to obesity. Theoretically, food products that are at the top of the food pyramid (foods containing fat, cholesterol etc. that are harmful if consumed in large quantities) should be least consumed food items, whereas food items at the base of the pyramid (foods containing proteins, nutrients, etc.)  should be consumed to its fullest potential; but in modern day reality, food products are not consumed according to the way it should be.  Consumption of food at the top of food pyramid is made in large quantities that increase the number of cases of obesity and similar food eating disorders.

Iviand.com  has developed point-of-sale integrated food labeling and nutrition management software that allows the food seller to give detailed food content information of the food products to the customer who in turn will be able to make an informed choice.

I found this helpful

I did not find this helpful

HOW DO YOU KNOW YOU GET WHAT YOU WANT TO EAT?
Previous

How to ease diet management in your Healthcare Facility?
Next

"Easy to use software which we would recommend."

"Our Project provides a Meals on Wheels delivery Service and a Drop in Centre five days per week. We provide a three course meal which is made from only fresh local produce."

Feel Free to Keep in touch with us anytime

You would like to hear more about the company and product? Just complete the quick form and our representative will contact you within 24 hours. Or alternatively drop us an email on sales@iviand.com